I’m just about to write a new Suitelet and can’t decide whether to stay safe and stick with SS2.0, or whether to try using the beta 2.1.

Are many people using the beta? Any issues arising as yet?

I think it is worthwhile to preemptively learn the benefits and play around with 2.1, but I would say that it is not yet a production-ready feature.

While doing some preliminary testing, I have already ran into several issues and inconsistencies that are not present in 2.0 which have been frustrating trying to debug and I ultimately ended up reverting back to 2.0 versions of the script…probably not worth the extra headache until it is out of Beta in my opinion.

I haven’t specifically tried SS2.1, but from over a decade of experience with NS, products marked as beta are NOT safe. Your project needs tolerance for issues if you go 2.1, including sufficient possible timeline to scrap the whole thing and rewrite it in 2.0 if need be. 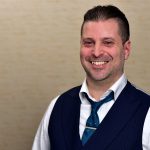