Also if not can anyone help us disable negative inventory 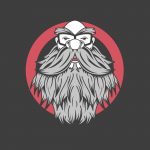 I don’t think it’s a system misuse, It’s such as huge system lapse. In SAP for example, and other ERPs for example, by default it won’t allow to have inventories to have negative balance. If a system would allow negative inventory, it also allow users to commit erroneous transactions knowing that there’s not enough balance say in a particular location for one to withdraw quantity out of it.