RE: Can you pass data from a User Event script to a Client Script in SS2.x?

HI! you should be able to utilise the N/cache module for passing data between UE and Client script. 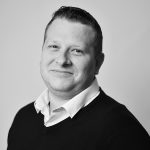 Hi Karl, thanks. How does N/cache work for a Client Script? I thought it was on server side only and when I try to inject/load N/cache into my client script I just get: Fail to evaluate script: {“type”:”error.SuiteScriptModuleLoaderError”,”name”:”MODULE_DOES_NOT_EXIST”,”message”:”Module does not exist: N/cache.js”,”stack”:[]}   I can get and put cache values in the User Event, but not sure how to grab it in the Client.   Thanks

The cache module is not available client side. Also the intended use of the module is to improve performance, not as a messaging mechanism between scripts. Notably, whilst you are able to specify a TTL, NetSuite makes no guarantee that the data will not be removed earlier, so even if it works 99% of the time it’s not best practice and can lead to hard to track bugs in the future.