My big issue I just ran into for the first time is that my WorkflowTriggerTasks are successfully submitted, but the WorkflowTriggerTaskStatus is stuck in Pending. I just checked on Task ID that was submitted 2 days ago, and still the task status is Pending.

The logic in the workflow action script is pretty business critical, so if I cannot get this resolved, I may re-architect it to run in an MR script, every 15 minutes. obviously, not ideal for processes that need to be near-real time. 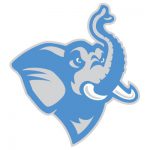